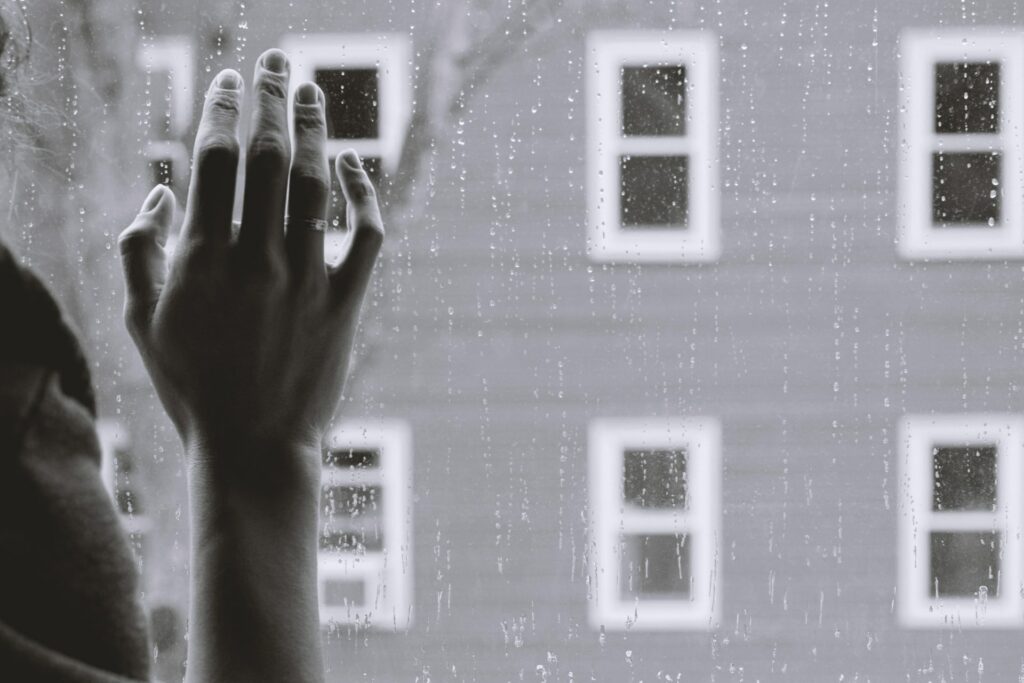 Something has been seriously “wrong” with me for months. I’ve not been “myself” or the self I’ve known me to be or the self others expect of me pretty much 99% of the time.

A friend sent an article to me today. It pretty much nails it for me. It puts words, definitions, and explanations to what’s “wrong”.

I put “wrong” in quotation marks because there is nothing “wrong” with anyone. What we call “wrong” is simply a state-of-being and part of the human condition. “Wrong” implies “not right” and perpetuates and exacerbates the symptoms of the state-of-being that is already uncomfortable enough. “Wrong” is a crappy term I wish we would stop using for ourselves and our states of being. It just “is”. It is not “wrong”.

I’ve known I am not depressed because I wasn’t feeling worthless. I have maintained a sense of love and value for myself throughout these difficult emotional times. I haven’t lost my sense of worthiness.

Even in the midst of all the decolonization, dismantling, and anti-racism work I’ve been heavily involved in for more than a year now, being educated by BIPOC on white supremacy, colonialism, and many other topics that as a white person can catalyze feelings of shame, unworthiness, and seeing oneself as irredeemable, I’ve not gone down the spiral of depression and worthlessness. If you have been on this learning path, it is totally understandable that you’d become depressed and feel your sense of worthiness faltering. Please get support. Dr. Christena Cleveland’s course Liberating the Mind-Body-Spirit from White Supremacy is a great resource for both BIPOC and white folks to hold all that comes up in this work. It is a tough lesson and a rough path. Take care of yourself.

I have a purpose, a mission, a vision for myself and the world. I have direction and meaning in life. I am inspired to take action. I write out lists of actions to take but something is off because they aren’t moving as quickly and easily as I know they could…

To top it off, because I’ve not been depressed, I’ve been expecting myself to be functioning much better and have been hard on myself for having things on my to-do list for weeks and sitting down to do them but not getting where I want to be with them.

Like right now, I’ve been sitting down for 2.5 hours this morning to do the things on my list. The things that have been on my list for the last 9 days! And, even though I’ve allotted time blocks of 3-4 hours to do them every day, I haven’t started most of them and have finished less than half of them.

Originally, this was a list that would require 5-8 hours of flow-state effort. Over the last week, I’ve sat with the intention of completing the list for at least 20 hours in total, and here I am again sitting to do them but not doing them again.

What is going on?!

These are actions that carry out my mission and vision for the world.
I’m excited about them.
I want to do them.
Why am I not?!

On the spectrum of mental health, the polar opposite of depression is flourishing. According to the article my friend shared, when you are flourishing “you have a strong sense of meaning, mastery, and mattering to others.”

With all this isolation, lack of connection, and huge influx of coaches moving all their offerings online I feel like my meaning, mastery, and message are drowning in all the noise, not reaching folks, and in all that I’m wavering on my feeling that I matter to others.

I’m not depressed but I’m absolutely not flourishing, so I’ve been wondering “What the hell is wrong with me?!” and waiting for myself to “get it together”.

One of the plagues we put upon ourselves and others is polarities and absolutes.

“If I’m not depressed, then I must be the opposite – happy.” We forget there is a spectrum of possibilities and hold ourselves to absolutes and polarities, thus not seeing ourselves the dynamic beings that we are. We forget the grey area, the spectrum, all the variations.

In not understanding what was “wrong” with me and knowing I wasn’t depressed, I put upon myself pressure to be happy, to figure out how to be the opposite of depressed. I expected myself to be, act, do the opposite of what a depressed person would be, act, do.

Today I answered the question of how I’m doing honesty to a close friend via text. And, the article my beautiful friend sent me in response shares what’s going on.

I’m on the spectrum between depressed and flourishing.

The state I’ve been in is called “languishing”.

Per the article, “There’s a Name for the Blah You’re Feeling…” by Adam Grant in The New York Times:

Languishing is a sense of stagnation and emptiness. It feels as if you’re muddling through your days, looking at your life through a foggy windshield. And it might be the dominant emotion of 2021.

Ahhhhhhh! Languishing: The dominant emotion of 2021?!

If there is anything I’ve learned about emotions and states of being, it’s that to fight them and not want them around is to perpetuate them forever and ever!! They need to be paid attention. So, now that I have a name for it, I’ll be embracing that I’m languishing and the list of “ I don’t want” giving space and voice to all the parts that are feeling them and that don’t want to feel them.

I am certified to practice an awesome modality called Accelerated Evolution that addresses, holds space for, and can completely dissolve the emotional charge of all of this so that we can come back into resource from feeling debilitated and make conscious choices of action or inaction.

More from the article:

You’re not functioning at full capacity. Languishing dulls your motivation, disrupts your ability to focus, and triples the odds that you’ll cut back on work.

Well, *patting myself on the back* looks like I’m right on track with that to-do list, then! I’ll be employing Accelerated Evolution as well as the changes they recommend in the article to move out of languish toward flourish:

🦄 Flow State – where sense of time, place, and self dissolves

…which I haven’t been able to get into for many reasons, one of which is I’ve been feeling the anxiety of how to matter, how to amplify my voice and make an impact. In other words, I’ve been trapped in time, place, and self allowing the emotional charge of anxiety to debilitate me from living my life fully. So, I’ll start my timeblocks with a round of Accelerated Evolution.

…which I’ve already set, but they haven’t been working for me because I’m not holding the third recommendation of the article…

🦄 Focus on a Small Goal

…which I haven’t been doing because:

If you have been in languish, how can you begin to implement these 🦄 three antidotes?

These are unprecedented times and we are all learning to navigate them. I saw a photo on social media the other day where a person had a shirt on that said “Bring me back to precedented times.”

The thing is, folks, we are in a space, time, era where we are creating a New World. There will be no going back to precedented times. I talked about the New World in an email in 2020. If you’d like a copy, please let us know and I’ll be happy to share that with you.

In the meantime hold lots of care and compassion for wherever you are on the depression-languish-flourishing mental health spectrum and all the states of being in between. And, if care looks like scheduling a session to dissolve the emotional charges debilitating you from living your life fully, I’m here for you.

You deserve a fulfilling life. We all do. Just like we deserve to care for and hold space for our languishing moment too.

I’m the original Trailblazer of Unabashed Badassery™ shattering subscriptions to social norms and paving a pathway to conscious, authentic adulting and a brave new world or radical self-responsibility and radical self-expression.

I am the creator of Authentic Evolution™ and the founder of They Didn’t Teach Me That™ PLAYHOUSE, an all-inclusive community space for conscious, authentic adulting and play, where we learn all the life skills we were never taught and unlearn all the beliefs and behavior patterns that no longer serve us! I have guided and supported 1000s of adults across 6 continents and 45 countries to become their truest self. Thank you for allowing me to guide and support you too! 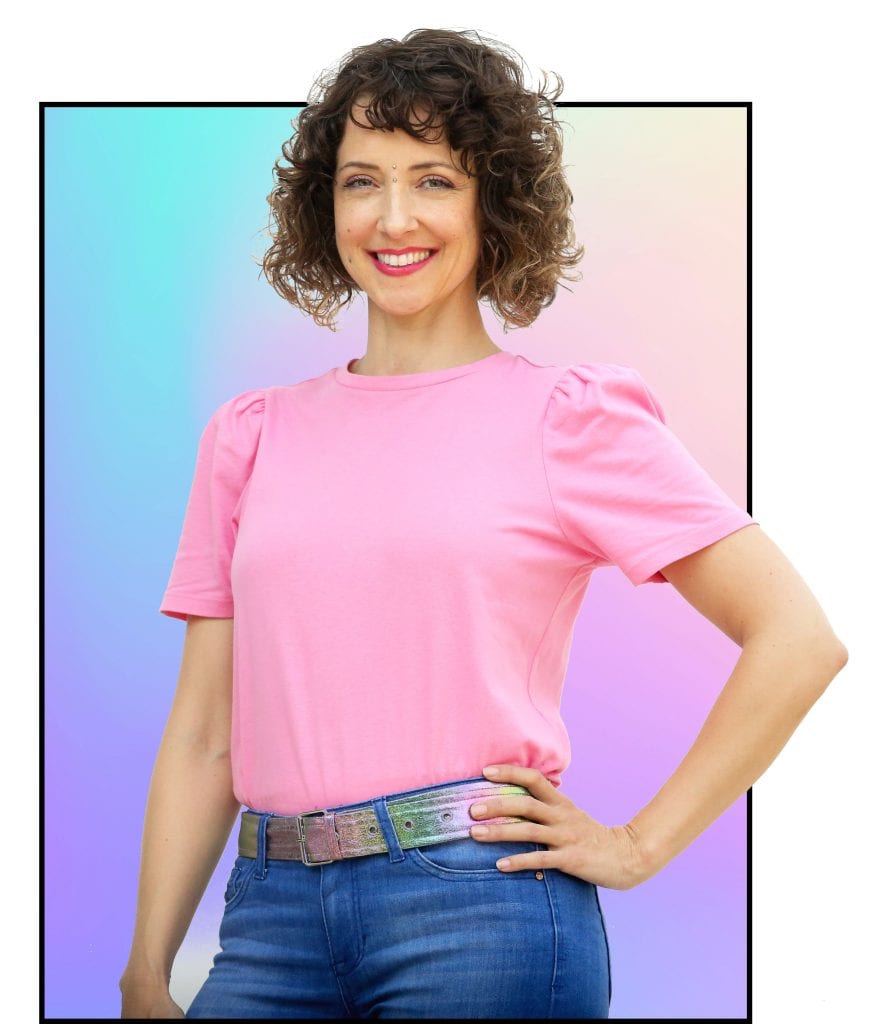 You may also enjoy 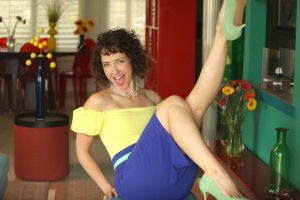 A Stand For Unabashed Badassery™

Hi, I’m Monica Jayne. Wow! What a ride this life has been. Where does one start when they go to introduce themselves to the big, wide world?! Hi. I’m Monica Jayne. I’m a stand for unabashed self-expression and creating safer spaces that give permission for you to normalize the taboo, forbidden, and stigmatized topics that

Everything tells us “don’t dwell on the past” and “be here now”. What if a quick, efficient, guided look at the past is EXACTLY what will show you what holds you back from the life you dream of for yourself? I bet it is.

Receive this free guidance and come out with clarity and a path forward.

Going out with one final rainbow-bursting bang!!!!

The verdict is in. I can’t take my hair complete

The term “Boundaries” gets sketchy because fol

I already said it but will again: Please pass th

Does anyone know a way to block notifications from

Yay! Lookie what arrived on time to bring to Blck

This error message is only visible to WordPress admins

Get Your FREE Video Series

This free video series provides you step-by-step guidance to put a stop to the “should” and uncover YOUR truth.

Made with 💛 by Mel Judson Creative

We will never spam you or share your Email with anyone. In addition to the guide you’ll also get semi-regular email updates with tips, tools, encouragement, offers and exclusive resources. Spam is shady, but I’m not. Unsubscribe any time. Read the Privacy Policy to learn how your data is handled.